Home > Progress but Not Post-Racial

Progress but Not Post-Racial 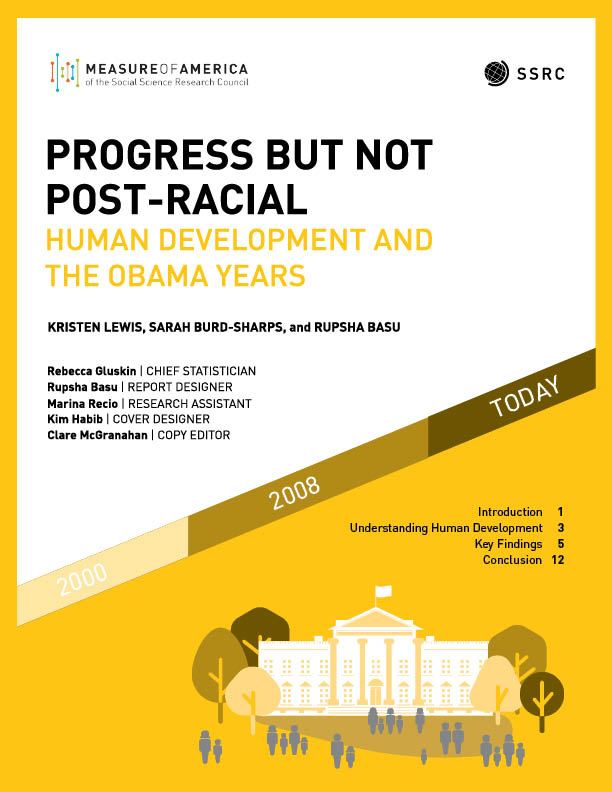 Progress but Not Post-Racial: Human Development and the Obama Years investigates the question of whether America has become a “post-racial” society following the election of a black president. The analysis concludes that, while we have seen steady, incremental progress following the crippling effects of the Great Recession—especially for blacks and Latinos in the education dimension—there is still much work to be done, particularly in regards to median personal earnings for all racial groups (except for Asians) and well-being for Native Americans across all dimensions of the Index.

This brief represents the most recent calculations of the American Human Development Index (from 2014 data) for the five largest racial and ethnic groups in the United States as well as a trend analysis of these groups since 2000 and 2008, just before Preside Obama took office.

The findings in this report raise important questions: How do we maintain the progress that has been made and build upon it during the next presidential administration? What policy actions need to be taken to improve median personal earnings and Native American well-being? 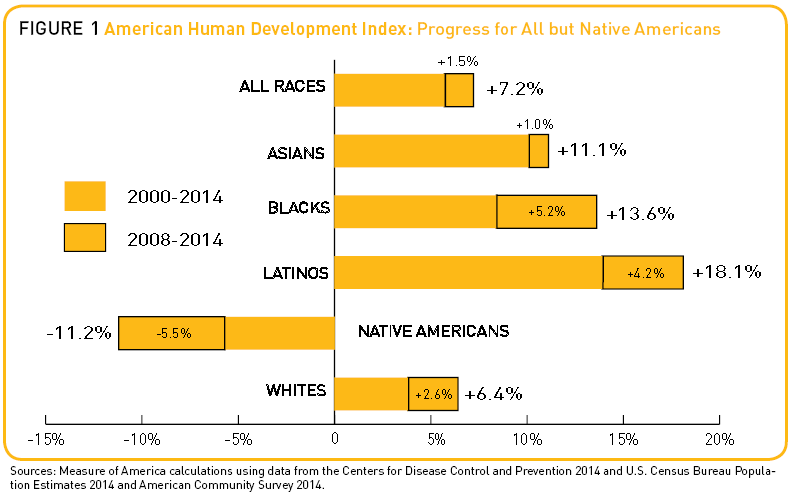 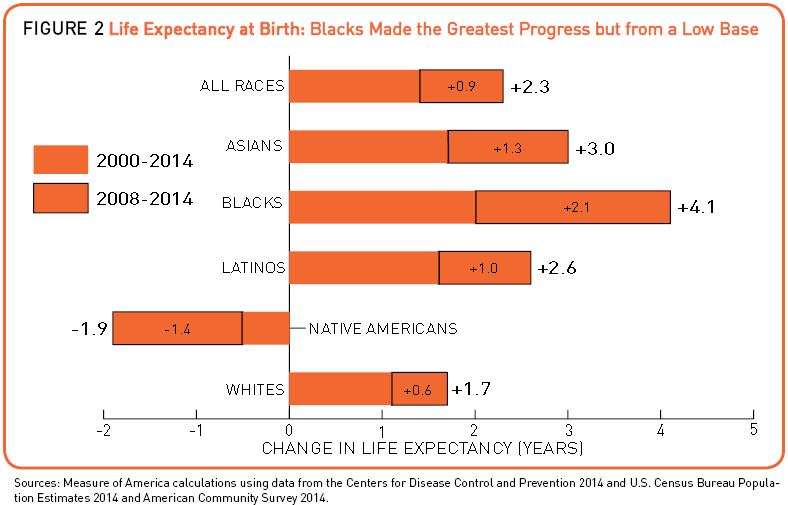 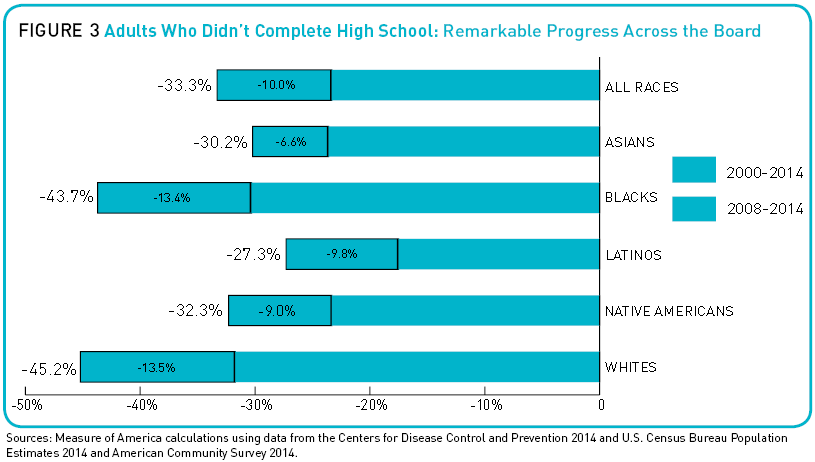 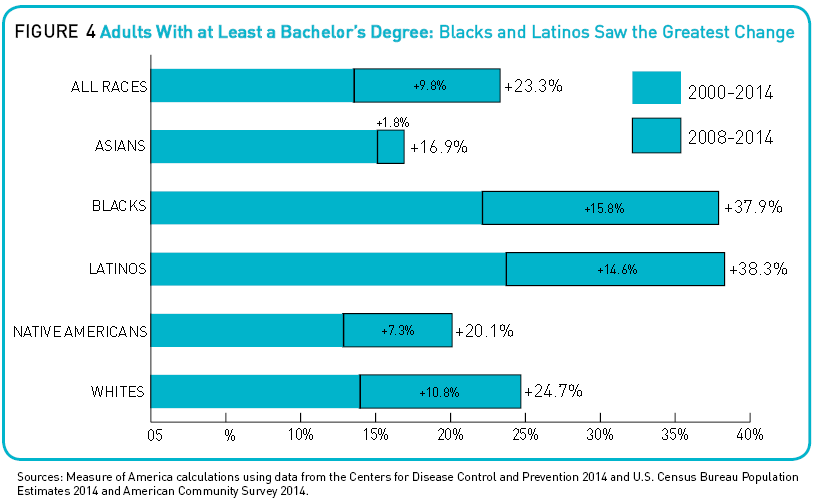 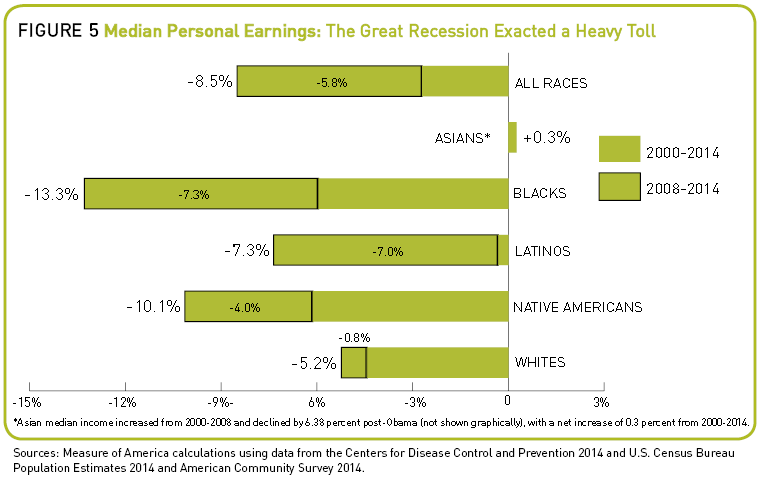