Home > What Happened To Earnings During the Recession?

What Happened To Earnings During the Recession?

On September 22, 2011, the U.S. Census Bureau released the latest findings from the annual American Community Survey.  The American Human Development Project’s analysis of these data reveal the ways in which the Great Recession impacted the earnings of different groups of Americans. The image below shows the change in earnings for men and women over time (updated from The Measure of America 2010-2011). 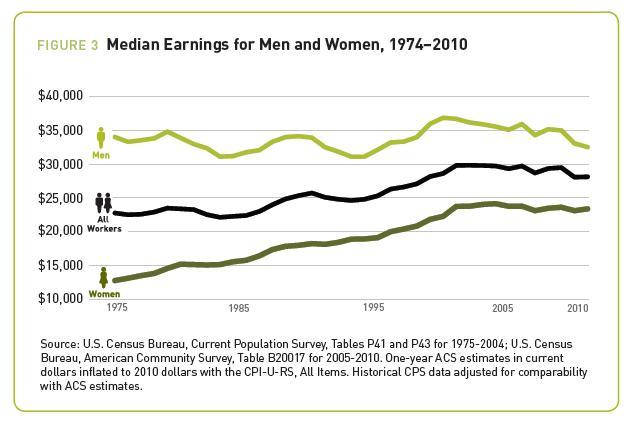 These resources show changes in median personal earnings between 2007 and 2010 by gender, race and ethnicity, and educational levels as well as changes in select occupational categories:

Median personal earnings are the wages and salaries of all workers, full- and part-time, age 25 and up; this measure does not include other sources of income, such as interest, dividends, or capital gains, nor does it include assets like real estate.