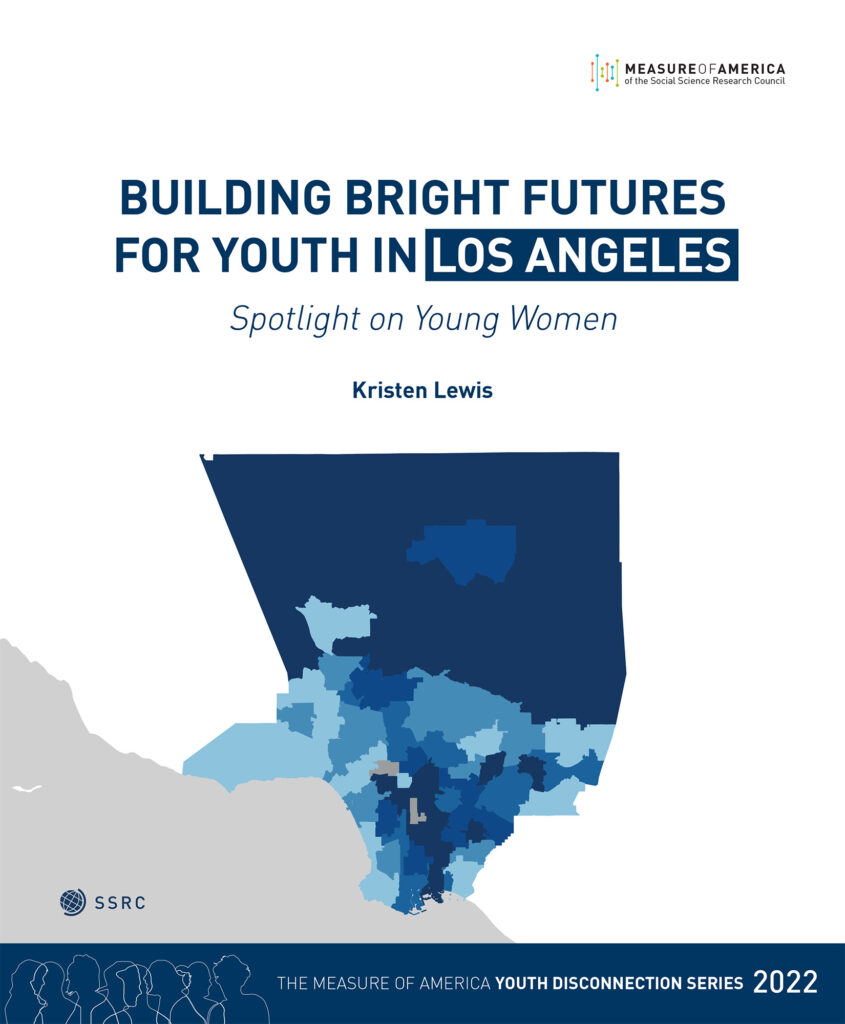 Building Bright Futures for Youth in Los Angeles: Spotlight on Young Women provides an in-depth look at youth disconnection in Los Angeles County. The report presents 2020 youth disconnection rates for the County as a whole as well as by gender, race and ethnicity, and neighborhood cluster / public use microdata area (PUMA). The new report also has a special focus on young women—particularly young mothers—who Measure of America’s research shows face unique barriers to completing their education, building their careers, and accessing critical health care. The report contains exploration of issues related to youth disconnection in Los Angeles as well as conclusions and recommendations informed by collaboration with local stakeholders and an advisory group comprised of young adults in Los Angeles. The report also contains an overview of important multisectoral initiatives in this space.

Disconnected youth are young people between the ages of 16 and 24 who are neither working nor in school. Here in the United States, organizations that work with this population began to use the term “opportunity youth” as a more optimistic phrase “that calls attention to the opportunities these young people seek and that should be opened up for them.”

Girls and young women in Los Angeles County are less likely to be disconnected than boys and young men, 10.5 percent versus 15.7 percent. The size of the gender gap varies by race and ethnicity, however.

KEY ISSUES DISCUSSED IN THE REPORT:

The report is available in PDF form here.