Where Washington’s opportunity is growing — and stalled

American Opportunity Stalls: ‘We’re Not as Connected to Each Other’

More Americans have jobs, yet inequality is increasing nationally

The Power of Opportunity: An Interview with Alan Khazei

A picture worth examining 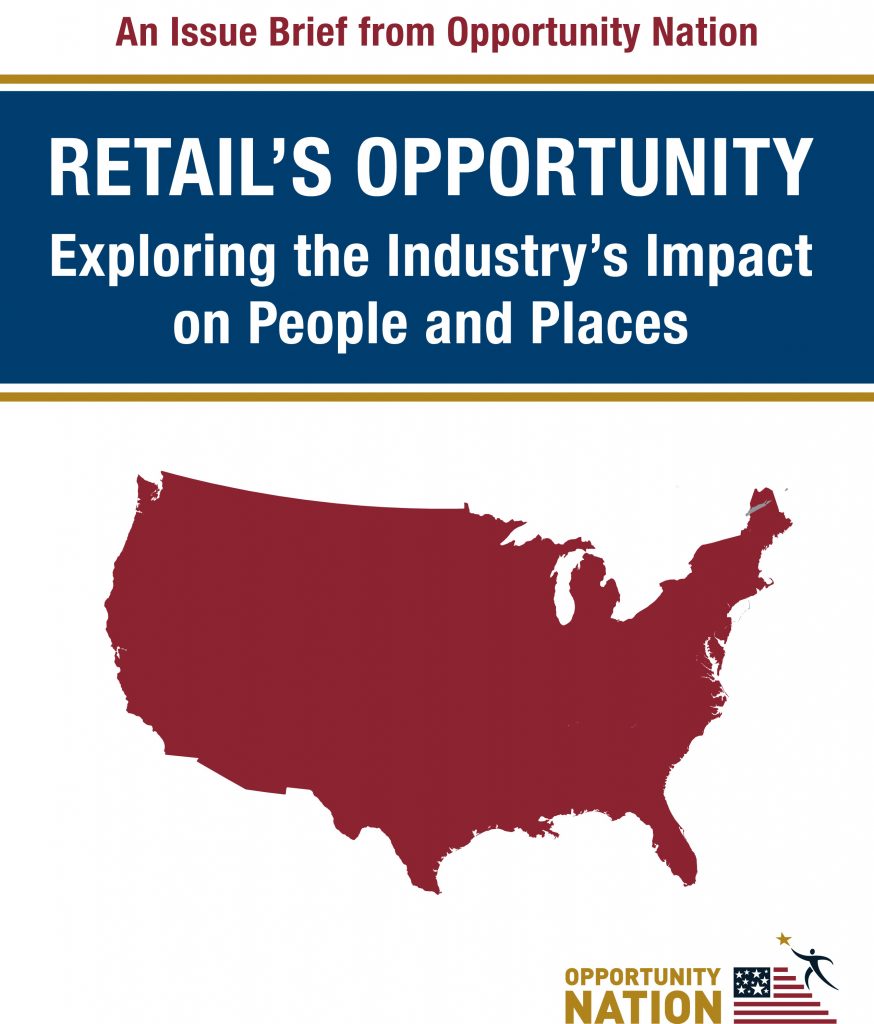 Opportunity Nation commissioned Measure of America to explore which factors, beyond wages, influence economic opportunity and long-term economic security for retail workers and the communities in which they live. The resulting paper, “Retail and Opportunity”, was an input to an Opportunity Nation issue brief called “RETAIL’S OPPORTUNITY: Exploring the Industry’s Impact on People and Places”. Past research on workers in the retail sector showed that individuals face many obstacles on the path to economic success. This research investigated how retail employment relates to broader community conditions and individual-level characteristics with the aim to answer three questions.