Spotlight on Del Norte County and Spotlight on Mendocino County paint a picture of well-being and access to opportunity in Mendocino and Del Norte Counties today. The creation of the Spotlights was guided by an public servants, advocates, scholars, and nonprofit leaders from Del Norte and Mendocino Counties. These Spotlights are all part of a larger project, which explores well-being in the state as a whole, with a special focus on housing: A Portrait of California 2021–2022.

Using the American Human Development Index (HDI), these two Spotlights present how Mendocino County and Del Norte County residents are doing on three key dimensions of well-being—a long and healthy life, access to knowledge, and a decent standard of living. Broken down by race and ethnicity, by gender, and by census tract, the HDI shows how communities across Del Norte County and Mendocino County are faring relative to one another and to the state and country as a whole.

A Portrait of Sonoma County

A PORTRAIT OF SONOMA COUNTY: 2021 UPDATE 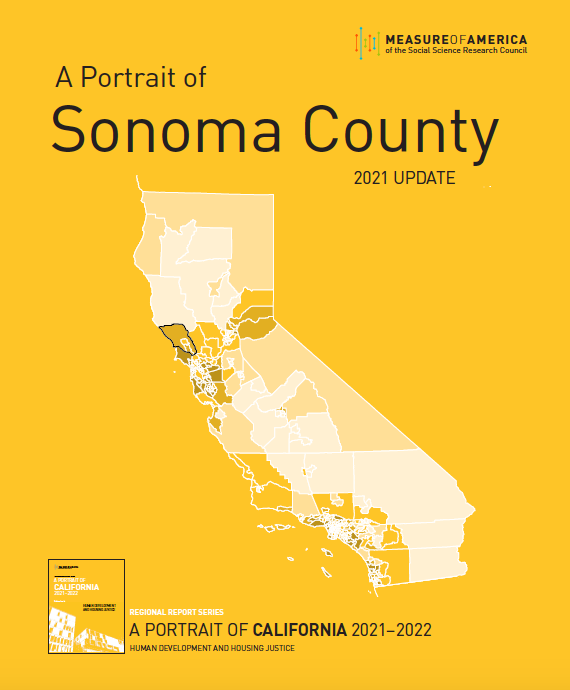 A Portrait of Sonoma County: 2021 Update, a follow-up to our 2014 report, paints a picture of well-being and access to opportunity in Sonoma County today, identifies areas of positive change, and draws attention to both new and persistent challenges. Like the 2014 report, this edition was guided by an advisory group of Sonoma County organizations and individuals. It is part of a larger project, A Portrait of California 2021–2022, which explores well-being in the state as a whole, with a special focus on housing. Using the American Human Development Index (HDI), this report presents how Sonomans are doing on three key dimensions of well-being—a long and healthy life, access to knowledge, and a decent standard of living. Broken down by race and ethnicity, by gender, and by census tract, the index shows how communities across Sonoma County are faring relative to one another and to the state and country as a whole.

The severe wildfire seasons of recent years coupled with the Covid-19 pandemic altered aspects of Sonoma County residents’ lives almost beyond recognition, leading to displacement, job loss, educational disruption, significant mental health challenges, and increased deaths due not just to the coronavirus but also to drug overdose. But some of the challenges of 2021 echo those of 2014: an even worse affordable-housing shortage, economic insecurity, and disproportionate harm falling on communities of color. Though the years since the publication of the 2014 report  saw heartening improvement in some indicators of well-being and a narrowing of the gaps between different places and populations, including more people with health insurance and fewer people living in poverty, deep-rooted challenges and new problems alike demand attention and action.

Connect to the County of Sonoma here: http://upstreaminvestments.org/Impact/Portrait-of-Sonoma–County/

Sonoma County’s HDI score is 6.19 out of a possible total of 10, up from 5.42 in 2012. This score is well above the United States’ HDI score of 5.33 and the California HDI score of 5.85. Sonoma’s HDI lead over California’s is primarily due to high Health and Education Index scores; median earnings in Sonoma, $40,531, are just slightly higher than the Californian median of $39,528. Overall, Sonoma residents can expect to live 82.2 years—one year longer than the statewide life expectancy—and attain high school, college, and graduate school degrees at higher rates than is typical in California. Rankings on the American Human Development Index are provided by race and ethnicity, by gender, and by census tract.

In early 2022, the organizations that have spearheaded this project will lead a process of community engagement with a view to developing an Agenda for Action to guide the county’s collective work over the next five years. This agenda, once completed, will become part of this report.

RELEASED MAY 20, 2014
A Portrait of Sonoma County is an in-depth look at how residents of Sonoma County are faring in three fundamental areas of life: health, access to knowledge, and living standards. While these metrics do not measure the county’s breathtaking vistas, the rich diversity of its population, or the vibrant web of community organizations engaged in making it a better place, they capture outcomes in areas essential to well-being and opportunity. 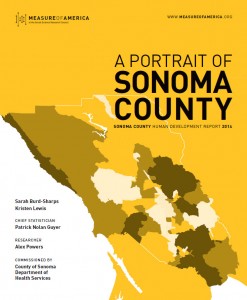 Commissioned by the County of Sonoma Department of Health Services (DHS), A Portrait of Sonoma County: Sonoma County Human Development Report 2014 is a collaborative effort in which the Measure of America team worked with local advocates in Sonoma County to better understand gaps in opportunities and build a comprehensive and inclusive response to the report. A Spanish translation is also available via this link: Un Retrato Del Condado De Sonoma. 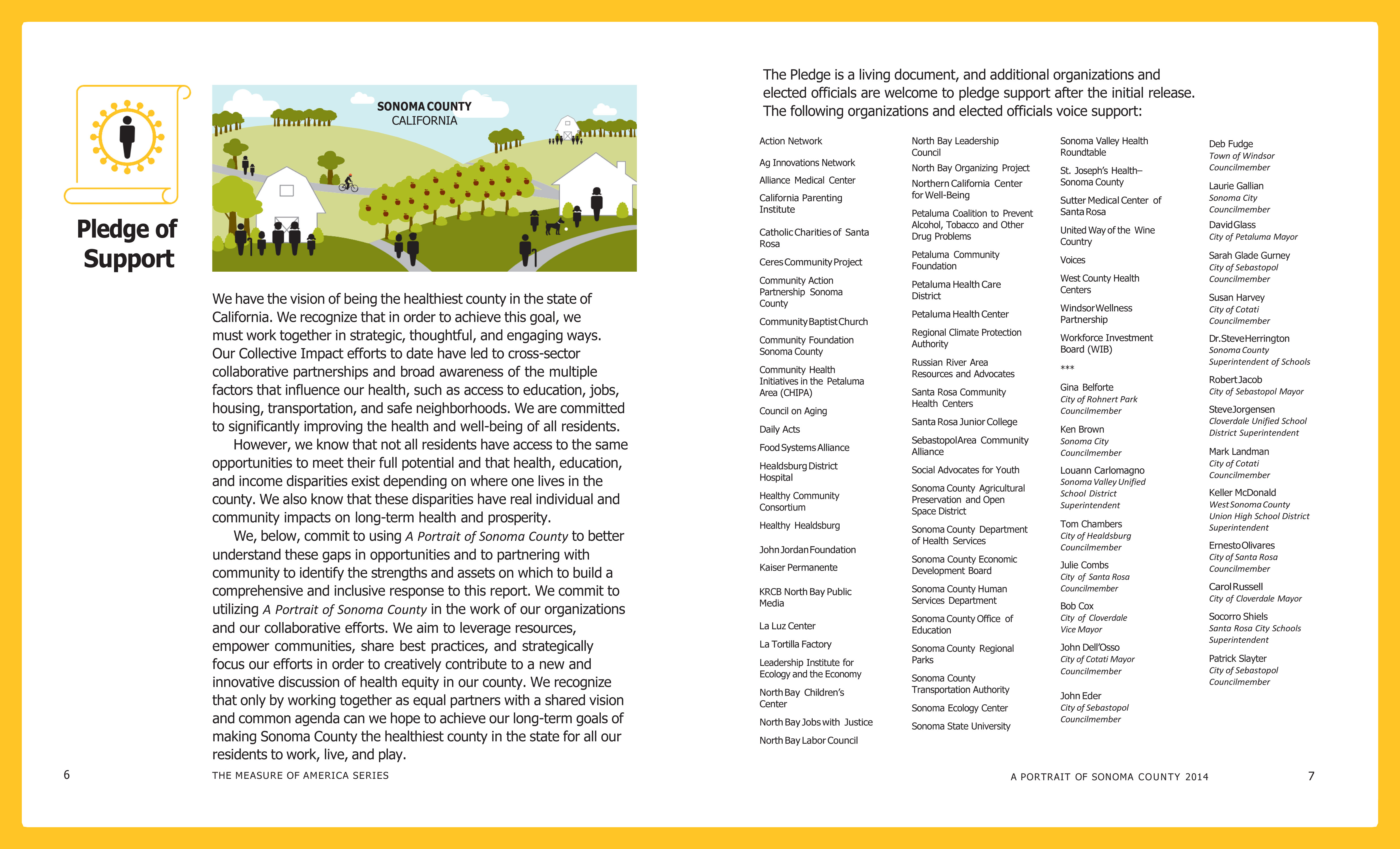