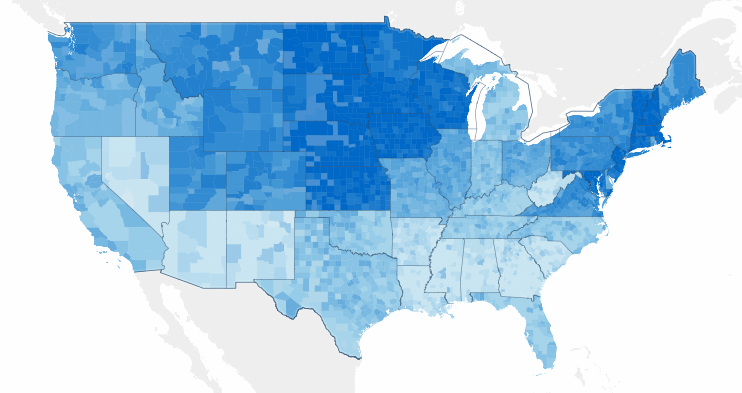 The Opportunity Index was unveiled in September 2011, ranking every state and over 2,400 counties. The updated 2013 Opportunity Index, which was launched in November 2013, reflects the status of opportunity in America now and offers comparisons with the last two years.

Some new findings of the 2013 Opportunity Index were:

About the Opportunity Index:

Geography should not determine destiny, but the sad reality is that for many Americans where you live has tangible effects on your ability to climb the ladder of opportunity. Restoring this key part of the American dream requires action, and action requires knowing where we stand. Analysis of the quilt of economic opportunity and upward mobility in America can reveal where the American dream thrives – and where it struggles.

The Index is designed to connect economic, educational, civic and community factors together to help identify obstacles to opportunity and mobility – and develop concrete solutions. This tool is needed since GDP and unemployment rates do not give the whole picture of opportunity; the Index reveals the interconnected conditions in American communities that impact upward mobility and access to opportunity.