“Surging Ahead and Falling Behind: Lessons from The Measure of America 2010-2011” was co-hosted by Spotlight on Poverty, and took place at the Kaiser Family Foundation on Wednesday November 10, 2010.

DOWNLOAD the powerpoint presentation (.pdf)
RETURN to The Measure of America 2010-2011 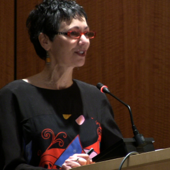 JODIE LEVIN-EPSTEIN — SPOTLIGHT ON POVERTY AND OPPORTUNITY, AND CENTER FOR LAW AND SOCIAL POLICY (CLASP). As CLASP’s Deputy Director, Jodie plays a key role in national advocacy in poverty reduction and workforce policies. She is the author of Getting Punched: The Job and Family Clock, and the manager and host of CLASP’s audio conferences. Jodie was previously the deputy director of Advocates for Youth, and has served as an aide to Sen. Dick Clark and as a political appointee at the USDA in the Carter Administration. Jodie is a graduate of Grinnell College. 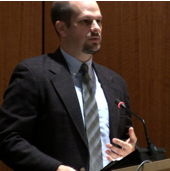 Bill oversees the Hilton Foundation’s domestic initiatives and programs. Prior to joining the Hilton Foundation, Pitkin led the development of United Way’s 10-year plan to fight poverty in Los Angeles. He has also held research and strategic planning positions, covering issues such as community development, access to technology, education, affordable housing, and mortgage lending discrimination. Bill received his M.A. and PhD in urban planning from UCLA.  AHDP is funded in part by the Hilton Foundation. 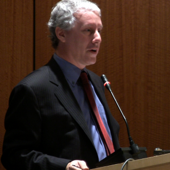 A broadcaster for 33 years, David was host of public radio’s “Marketplace,” host and senior editor of NOW on PBS, and author of Squandering Aimlessly.  David’s “Next Generation economy” series focuses on alternative approaches to measuring the economy. His honors in broadcast journalism include an Emmy, the George Foster Peabody Award, the DuPont-Columbia Award and the Walter Cronkite Award for Excellence in TV Political Coverage. David has an MA in Journalism from Stanford. 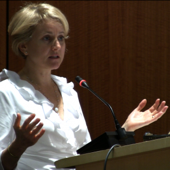 Sarah co-founded (with Kristen Lewis, below) the American Human Development Project in 2006. Previously, Sarah was the Deputy Director of the Human Development Report Office of the United Nations Development Programme (UNDP). Before that, she worked on poverty reduction in China and in 18 African countries with a focus on economic empowerment and democratic governance.  Sarah holds an M.A. in international and public affairs from Columbia University. 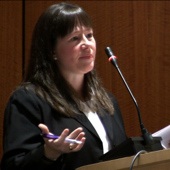 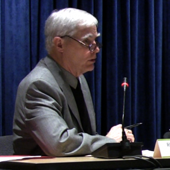 Ron is Co-Director of the Center on Children and Families, at the Brookings Institution. Prior to Brookings, he spent 14 years on the staff of the House Ways and Means Human Resources Subcommittee, and was a senior researcher at UNC, Chapel Hill. Ron has written extensively on welfare reform, child care, family composition and marriage, and child protection, and has taught at UNC, Charlotte and Duke. Ron holds an M.A. in education and a Ph.D. in Developmental Psychology from UNC, Chapel Hill. 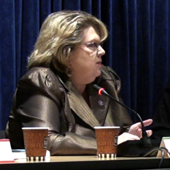 Candy is Senior Vice President for Social Policy and Government Affairs at Catholic Charities USA, where she leads the organization’s federal advocacy efforts. Candy previously worked for Michigan’s Department of Human Services and was an adjunct faculty member at the Catholic University of America, Columbus School of Law. Candy holds a J.D. from the University of Detroit Mercy School of Law and completed the Executive Education Program at Harvard’s Kennedy School of Government.

THE AMERICAN HUMAN DEVELOPMENT PROJECT THANKS:

“Surging Ahead and Falling Behind” Moderator & Panelists

For media and all other inquiries, contact Fernando Rojas: contact@measureofamerica.org | (718) 517-3640.